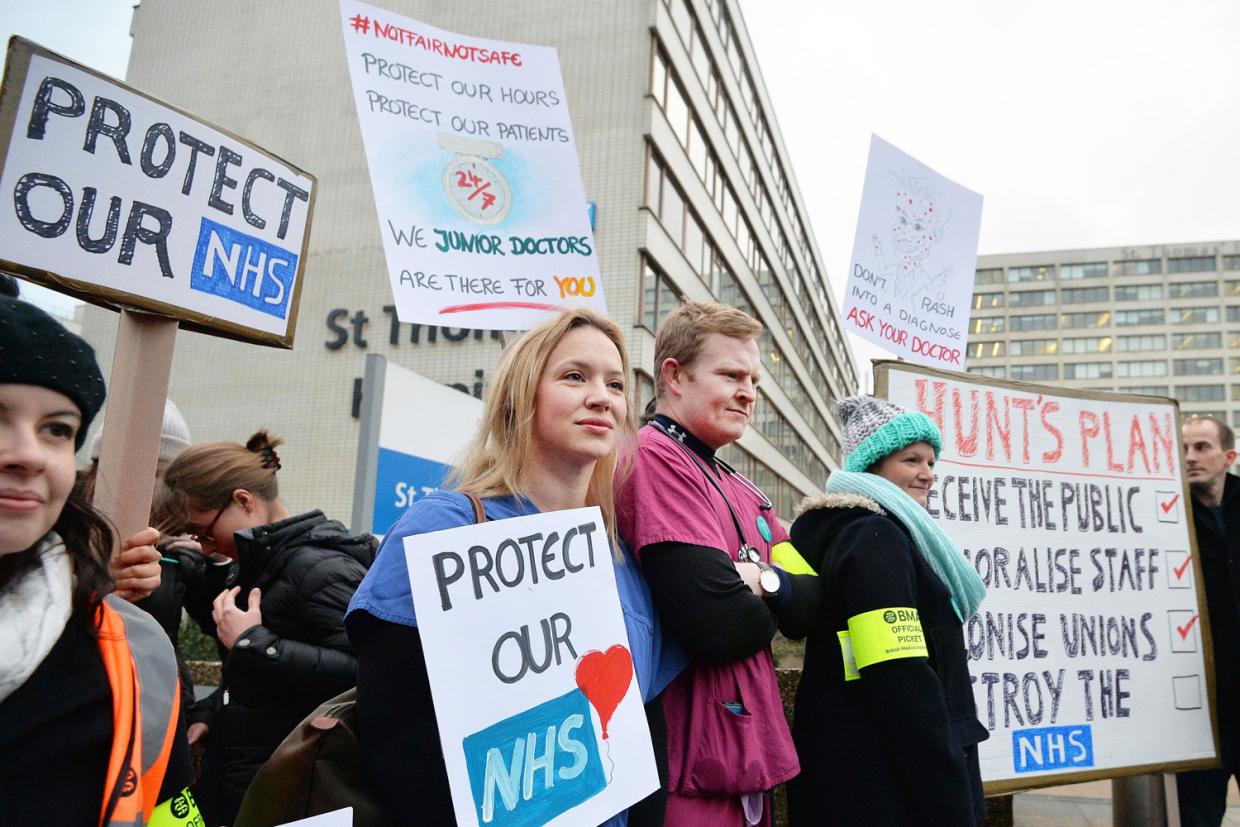 Junior doctors have rejected the government’s final offer on their new contract.

About 37,000 members of the British Medical Association took part in the ballot which closed on Friday and, in spite of weeks of talks aiming to reach a compromise, on Tuesday it was announced that 58% of BMA medical students and junior doctors working in England, voted against accepting the deal, just 42% approving it.

Following this, chair of the BMA’s junior doctors committee (JDC), Dr Johann Malawana, has resigned, after his recommendations that the contract’s revised terms and conditions were likely to be the best compromise junior doctors would be offered.

“The result of the vote is clear, and the government must respect the informed decision junior doctors have made,” Malawana said. “Any new contract will affect a generation of doctors working for the NHS in England, so it is vital that it has the confidence of the profession.

Yet with the contract having been agreed with Malawana, health secretary Jeremy Hunt suggested the outcome to be undemocratic, describing it as “extremely disappointing”.

“The BMA’s figures show that only 40% of those eligible actually voted against this contract, and a third of BMA members didn’t vote at all.”

In hindsight of the results, Hunt asserts the outcome will now be considered.  Yet despite the predominant vote against the contract, Whitehall sources claim that, as originally planned, junior doctors will start being transferred to the new contract from this autumn.

Medical organisations however are concerned that the terms and conditions will further increase the staffing problems of the NHS.

Yet chief executive, Danny Mortimer assures “It is imperative that patients will not be made to suffer any further impact as a result of the rejection”, on expressing his disappointment for the outcome.

The prime minister’s spokeswoman also claimed David Cameron to be disappointed by the results and claimed that they have “sought to work with junior doctors.” The considerable pay rise included in the contract offers an example of this and she further explained how benefits would be brought to the NHS through the contract’s move towards a seven-day service and its support for patients.

“The prime minister firstly recognises there are different views across the junior doctor community with lots wanting to work and put patient care first. But it is also important that they recognise the offers of the new contract.”

Following the outcome, she claimed that they are “considering the options at the moment”.

Liberal Democrats’ health spokesman, Norman Lamb, however questioned the government’s motivation to push for the contract in pursuit of a seven-day service, with the NHS being too understaffed to deliver it.

“Junior doctors have voted decisively to reject this new contract because it is fundamentally flawed”.

“The plan to increase the number of hours worked at the weekend, without ensuring that sufficient junior doctors are recruited and trained in the short term, would inevitably have meant that cover was reduced during the week. This would have a disastrous impact on patient safety at a time when many weekday rotas around the country are already left unfilled.”

What will happen next and whether there will be more strikes is uncertain. Yet Hunt warned that, if the contract was rejected, he would impose it from October.

Dr Mark Holland, president of the Society for Acute Medicine, has urged Hunt not to impose the contract this year and “then invite senior leaders within the medical profession, such as the president of the Royal College of Physicians, to work on a whole package of measures which make training in medicine enjoyable again.”

Moreover there are conflicting opinions within the BMA junior doctors committee on how to proceed, yet NHS Employers have advised junior doctors against carrying out further strikes.

Malawana has said that “There is much to do in order to rebuild the trust that has been eroded over the last year. The government must now do the right thing, accept the outcome of this vote and work constructively with the BMA to address junior doctors’ concerns with the new contract.”

Yet despite his requests for the Department of Health to respect the referendum’s results, the possibility of the government imposing the new contract nevertheless seems high.