As I sit here writing this today, it is almost 100 years to the day since the first day of the Battle of the Somme.

The European Union, an institution founded on the belief that this sort of catastrophe should never again plague Europe, has been irreversibly damaged by a fateful decision from the British electorate after an abysmal campaign of lies and spin on both sides. But how and why did this happen, and what does it show about the state and unity of our country? What lessons can we learn as we move forward into an uncertain future?

I am firmly of the belief that the decision to “Brexit” was not really a result of disdain towards the EU as an institution, but more of a “f**k you” towards the likes of Cameron, Osborne, Blair and Brown. The “f**k you” mainly came from proportions of the electorate who feel disenfranchised, left behind and simply angered at how British politics does not work for them. For instance, immigration has been cited as a key reason for Brexit in my home county of Somerset, a county which is 94.6% White British. Hearing people talk of how immigration is causing pressure on schools and services simply has no real relevance in my neck of the woods, yet people consistently cite it as a key reason for Brexit. Rather than these concerns being seriously genuine I believe they are manifestations of a system which has caused a large proportion of the electorate to feel ignored by those in power. It is very easy to blame scapegoats such as immigrants and The EU for society’s ills, when the real structural problems which society suffers from are complex and created by the divisive politics of the boys and girls in Westminster.

When we analyse the breakdown of the Brexit vote, we can see more clearly why specific areas voted to leave. Some of Britain’s most deprived communities in Wales and the North East were those who voted most overwhelmingly to leave. ‘Leave’ towns such as Caerphilly in Wales, which have suffered from years of neglect after the Pit Closures devastated their communities, have some of the highest levels of poverty in Europe. It is fairly clear that people would not want to vote for the status quo even if doing so is probably their best chance to get out of poverty. After all, it is the EU development fund which has helped fund new infrastructure in places such as Newquay. The legacy of Thatcherite economics is still being felt very strongly in those communities who rightly feel abandoned by an elite which simply has no interest in addressing their economic concerns. Even the Labour Party, who for decades fought for the rights of these people, abandoned them under Blair and Brown. I believe we can start to see why these communities wanted to send a message to those in power on both sides of the political spectrum and back a leave campaign which promises change, even though in reality it is not equipped to deliver it. Thus the Brexit vote was more of a message to Westminster than to Brussels.

Ultimately, economic inequality breeds political discontent and this inequality is ripping at the fabric of our nation. Have we not learnt our lessons from history? Only a brief look at Germany in the 1930s highlights how poverty and suffering resulted in people turning to far-right politics for answers. Could we be seeing this with the growing rise of groups such as The English Defence League in some of the UK’s poorest communities? Even the massive rise of UKIP, with their passively-aggressive anti-immigration platform, amongst traditionally working class Labour voters must send some alarm bells ringing (I am not for a minute suggesting UKIP are comparable to the Nazis). Together, it is our duty to ensure that gross inequality is corrected, and that the same opportunities many of us at university have received are given to those from poorer communities who struggle to escape the poverty trap. Brexit has highlighted this issue, now it is time to correct it once and for all. 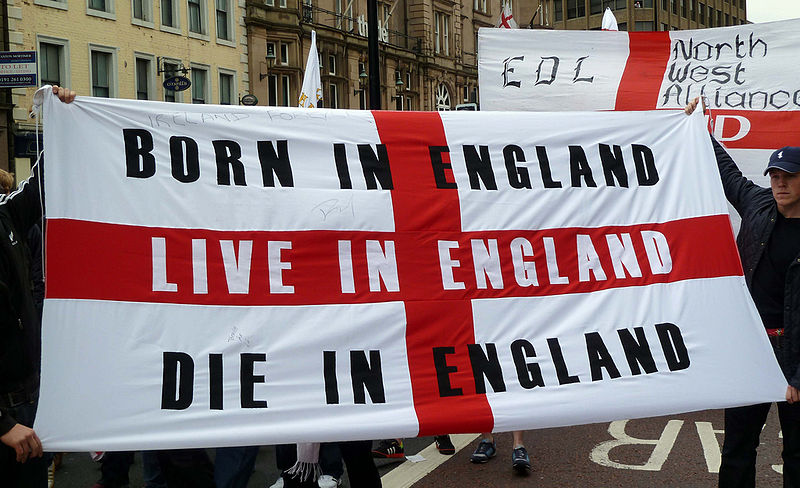 Brexit has also led to the resurgence of the Scottish Independence campaign, which poses an immediate threat of tearing apart the country. It is absolutely striking that not one Scottish constituency voted to leave the EU; if that doesn’t make it clear that Scotland wants to remain in the EU then I do not know what will. Scotland has spoken and to be honest who can blame them. It has been argued that if the Independence Referendum was held today, Scotland would overwhelmingly vote to leave the United Kingdom. Furthermore, there has been a petition attracting 200,000 signatures for London to declare its independence after overwhelmingly supporting remain. As comical as the latter may be, I feel this shows that we as a United Kingdom are simply no longer united. Centralised government in Westminster is not working for regions such as Scotland, Northern Ireland and arguably London. Massive reform, potentially adopting a federalist style system that would mean much greater regional control similar to how US States have power must be considered if we are to save our unity. Serious and radical reform is needed to stop the UK following the path of separation and division it has begun in Europe. As the future generation of voters, and ultimately decision makers, it is up to us to think big and think bold to ensure we remain united on this island.

It is also important to touch on the state of the main two British political parties post-Brexit. Westminster has a serious image problem and at a time when stability is all people are craving, leadership contests in both the Conservative and Labour parties are incredibly damaging to the image of government as working for the people. The country is currently without a strong Prime Minister as we head into what is probably the most pivotal negotiations in decades, with potential candidates including Michael Gove and Jeremy Hunt – two men who are almost universally despised by nearly everyone with any common sense. This does not send a message that the political classes are competent and worth trusting. Cameron’s resignation highlights his arrogance in believing that remain would comfortably win and Johnson’s abandonment of his leadership campaign highlights how Brexit for him was just a career opportunity that didn’t quite pan out. On the other side of the house, the Labour Party under Jeremy Corbyn is plagued with constant bickering and rebellions which have turned the party into something of a reality TV show, where each day a new member of the shadow cabinet is voted out and replaced by another complete nobody. The political class needs to take a long hard long at themselves and it is up to us to hold them accountable and ensure they represent our interests more effectively. Things don’t change by sitting around whinging, get on their bloody case!

Hope is not lost… our generation has the intelligence, capacity and power to engage and make our society a better place. The great thing about democracy is that change is always possible. I hope this article will serve as somewhat of a rallying call as to how pivotal it is that we engage and do our bit for our future! Annoy your MP with emails about how tuition fees are simply not okay, attend a protest about junior doctor cuts, literally doing even the smallest thing is better than sitting around complaining and doing nothing. But most importantly, vote. If 100% of 18-24 years old had voted in the election in 2015 and in the EU referendum, I suspect the results would have been somewhat different and the future of our country may seem a bit more optimistic. The amount of young people I have spoken to who complain about Brexit but say “they forgot to vote” or “they didn’t understand it” is frankly embarrassing – shame on you. It’s time for a change, lets not waste our votes any longer!